In San Pedro de Atacama we´ve met 2 other guys and prepared Spaghetti Carbonara with 850g of bacon for the night –  what a meal! We decided to do a Sandboarding Trip the next day.

After enjoying some runs we went from Valle de la Muerte to Valle de la Luna, because we heard that you could watch the most beautiful sunset of the area there.

Unfortunately, my bicycle chain broke on the way so they had to pull me the last few kilometers and we couldn´t make it in time. After enjoying the view there, we hitchhiked back to San Pedro with a Pick Up ( we had to drive back because I lost my GoPro in the sand –  and we found it again! ).

The next day, we took a bus to a small town near Salta, close to the 7-colour mountains. It went already dark so we just bought some food and wine for the night and tried to find a place to sleep somewhere. We found a sheltered riverbed to “camp” and spend the night there watching the starts.

After a short night, we went hiking around the 7  colour mountains, before we took a bus to Salta.

We´ve met some girls in the hostel there and prepared an amazing BBQ with loads of steaks, cheese, grilled onions, fries and red wine. The next day we said goodbye to Tom and tried to hitchhike the last few thousand kilometers to Buenos Aires.

Luckily, the best truck driver in the world stopped to take us directly to Buenos Aires!

After a few kilometers, driver Fabio asked us if we want to enjoy the drive from the trailer –  what a great idea! We were sunbathing and relaxing while we could see the beautiful landscape in a 360° view. 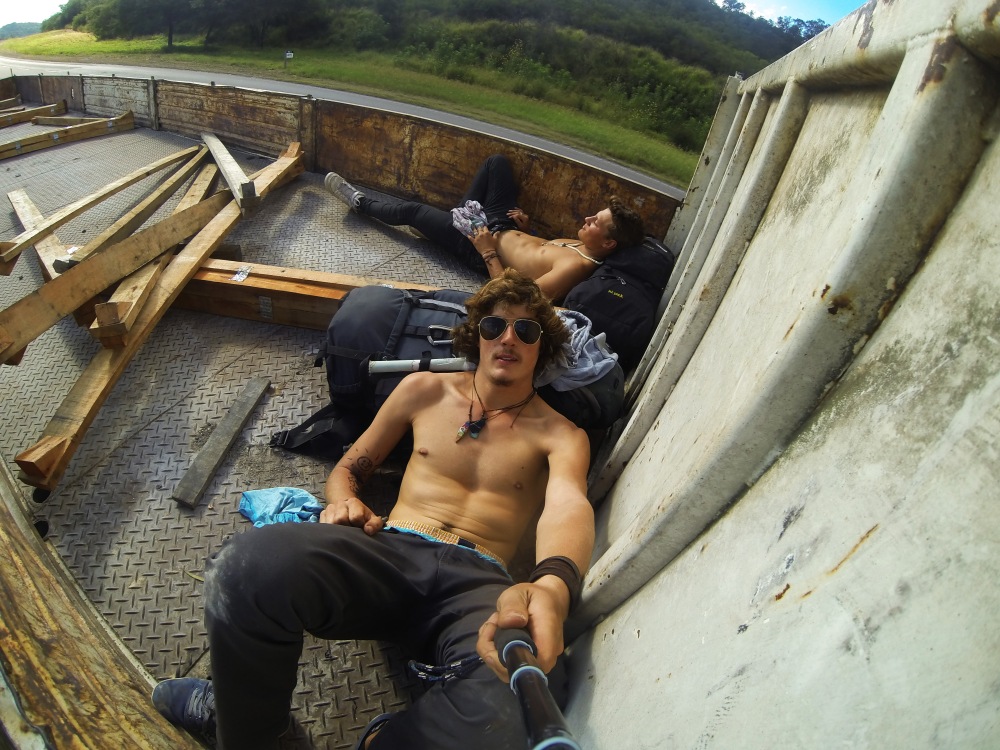 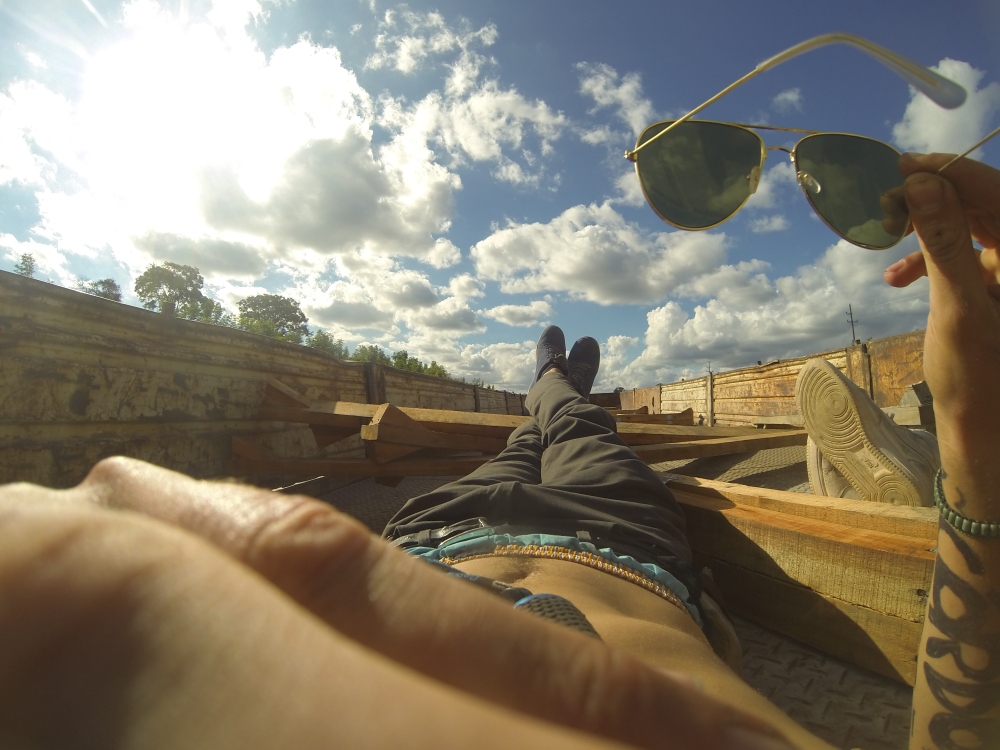 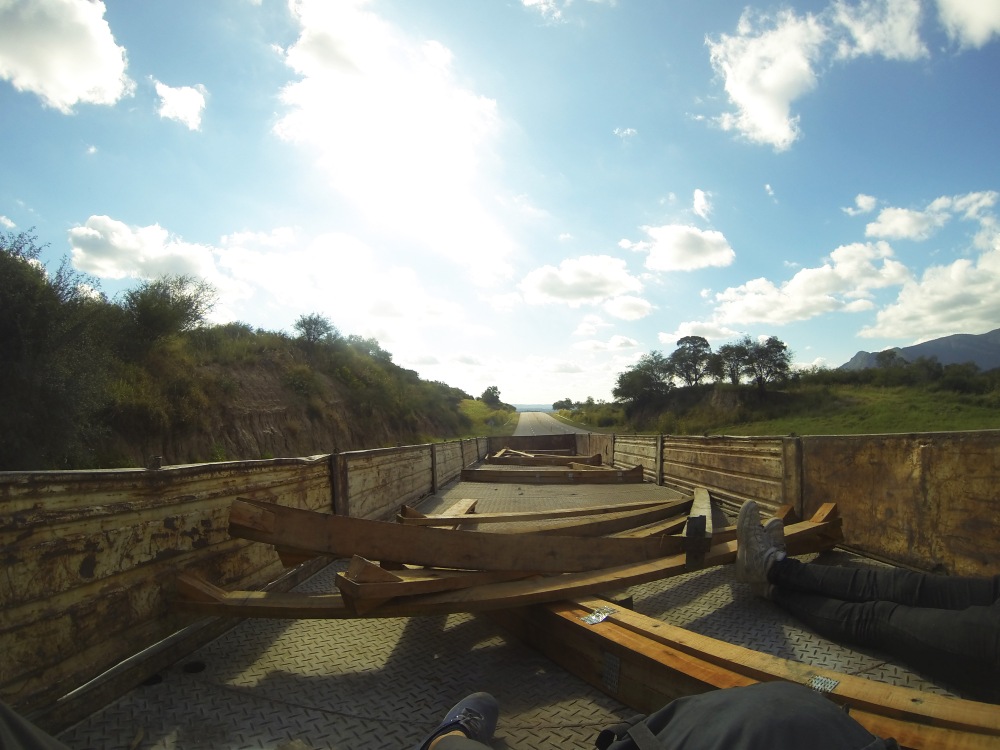 We spent the first night in  San Miguel de Tucumán on the trailer.

The next morning, we uploaded the whole trailer with lemons and almost drove to Córdoba. Our driver stopped only for a small power nap, but we could sleep the whole night on the trailer while he was driving.

Stupidly it was not Fabio who woke us up the next morning, it was the police. They saw us on the back of the truck and told us to pay a 200$ penalty for that.Due to lucky circumstances we did not have to pay that fine. But the next one… only a few hours later, another policeman stopped us because we were not wearing seat belts –  but there were no seat belts in this 30 year old truck. So we just tied ourselves provisionally on the seats that the policeman was happy –  but nevertheless we had to pay the fine of around 150$.

It was a bad ending of the trip but totally worth it. And we finally made it – back to Buenos Aires. 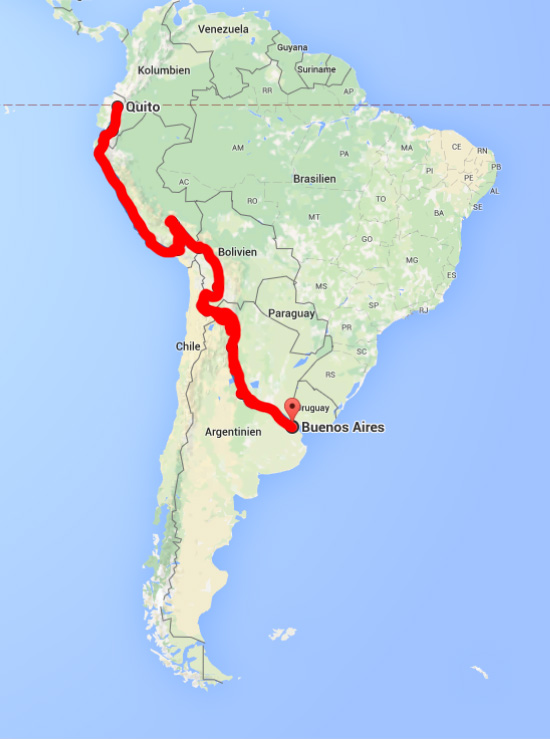